How God Is Sending You into 2020 – Robert Hotchkin 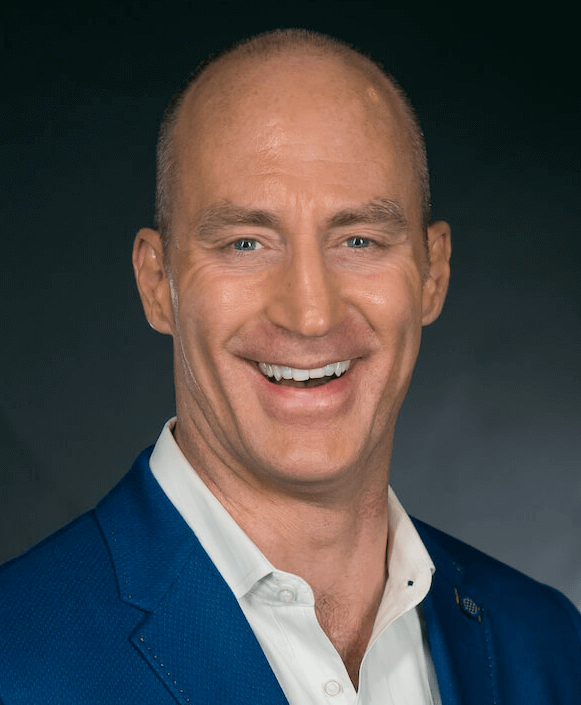 Robert Hotchkin is one of the core leaders of Patricia King Ministries. He is a passionate lover of Jesus Christ and that passion is truly contagious! He ministers with strong faith, releasing revelation, prophetic decrees, healings, miracles, and the love of God.

This month, Robert shares the most wonderful gift God has given us … His unfailing, unconditional love for us.

After accomplishing everything He had manifested in the earth to do, Jesus appeared to the disciples and declared an amazing promise to them. He said that just as His Father had sent Him out to impact the world, He was sending them. God’s Word is eternal. So that promise, that word the Victorious Risen Lord gave to His disciples huddled in that room in John 20, is for all His disciples for all time. Including you!

And what a promise it is – that He sends you out into the world to share the reality of the Kingdom, just as His Father sent Him. Amazing! But to really lay hold of this promise, you need to understand not only what Jesus was sent to do but how He was sent to do it. Because just as He was sent, so are you.

When I first started ruminating on all of this several years ago, Scriptures like Acts 10:38, Colossians 2:9 and John 3:34 came to mind. These passages reveal that Jesus was sent in the power of the Holy Spirit, with the fullness of deity dwelling in Him, without measure or limit. And this is all true. But these Scriptures reveal what Jesus was sent with – power, anointing, authority – not how He was sent. I believe it is Matthew 3:17, Mark 1:11, and Luke 3:22 that reveal how the Father sent Jesus. In these Scriptures, the Father launches Jesus out into His earthly ministry by declaring over Him, “Behold My Beloved Son, in whom I am fully pleased!” Do you see it? Jesus was sent with a declaration of love and total acceptance. He was sent knowing that He was a beloved child. He was sent knowing that His Father was fully pleased with Him. Jesus was sent knowing that He was accepted and adored. He was able to go forth into the earth and be about His Father’s business knowing He was loved, and not thinking He had to do something or achieve something to be worthy of that love. He was sent in the revelation that He was loved because He was a son. Simple as that. But oh so powerful. Jesus boldly and confidently moved in all the power He was sent with, because He was confident that He was loved and accepted by the One who sent Him.

That is how Jesus was sent. In perfect love and complete acceptance.

You don’t have to do anything to earn it.

It is yours because you are His!

So go forth into this day, and into 2020, knowing you are His beloved child and that He is fully pleased with you.

Make these simple but powerful decrees over yourself each day this month: IMMANUEL – DVD/MP4 from Robert Hotchkin
God wants relationship with you. Deep, personal, intimate relationship that’s filled with encounter, experience, connection and power. Giving your heart to Jesus as Savior is the beautiful beginning of what God desires to be an ever-deepening, ever-increasing, ever-expanding, powerful and power-filled relationship. This is the promise of Immanuel – God with you! ENGAGING WITH GOD – CD/MP3 from Robert Hotchkin
Are you hungry for more of God? Do you want more anointing, more miracles, more power in your life? Do you want to walk in greater levels of peace and joy and love? Do you want to know more of His presence, His blessing and prosperity? The good news is you can! It all begins with winning the battle for your mind, will and emotions. This new book from Robert Hotchkin will teach you how to access the divine power that God has placed within you so that you can walk in victory in every area of your life. You’ll also discover how to be the Kingdom agent of impact you were created to be, and how to release heaven into the earth in mighty ways. You were made for this. What you need to discover is how to win the battle for your mind, will and emotions. WINNING THE BATTLE FOR YOUR MIND, WILL AND EMOTIONS – Book from Robert Hotchkin
All of heaven is available to you right now through the finished work of the cross. But often it does not look or feel that way. The reason: There is a battle for your mind, will and emotions.  A battle that it is critical you partner with God to win, because it largely determines the fullness of God’s presence, power and Kingdom that you will walk in. This book is your key to victory! It overflows with revelation and practical ways to apply profound biblical truths in your life right now. In these pages, you will discover:

Winning the Battle for Your Mind, Will and Emotions is the secret to walking in the MORE of God you have been crying out for.