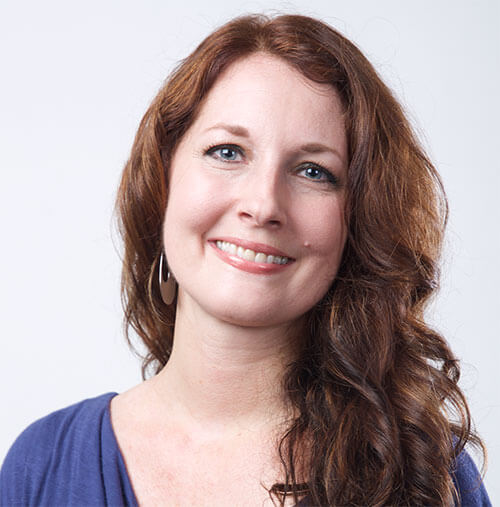 Andrea Aasen is the Executive Director and CEO of Extreme Love Ministries (formerly XP Missions). Andrea is an apostolic leader, mentored under Patricia King, who longs to see the nations restored. She and her team have worked in nations such as Thailand, Cambodia, Vietnam, and Iraq, developing community, business, and advocacy models to rehabilitate and protect victims of human trafficking and other forms of exploitation. Andrea believes in the power of love to overcome every injustice and is passionate to see women and children empowered and walking in their God created destinies.

This is a time for the Church to arise and enter into her inheritance, but first she must drive out the enemy from that which the Lord is calling her into.

This month, the Spirit woke me in the early morning hours, prompting me to pray. When I arose, I heard the Lord speak one word, “Hosea.” I quickly began to reflect in prayer concerning the book of Hosea and Hosea’s message to God’s people. I could feel the Spirit grieved as I began to intercede for the nations. God was likening the present hour to that of Hosea’s day. Just as He spoke through the prophet in days of old, releasing a message of repentance to God’s people, He is also wooing us today into the same place of desired redemption and renewed covenant.

As I prayed, I felt God’s heart to return to Him and forsake any adulterous ways. Hosea’s marriage to Gomer prophetically paralleled God’s covenant with a people who had given themselves over to other gods and selfish ambitions. They had played the harlot, yet God spoke unending love for a sinful nation. He beckoned Israel to repent and turn from their idols. In the same way, God is calling us, in our present hour, to cast off all abominations and return to Him with wholehearted consecration.

This is a time for the Church to arise and enter into her inheritance, but first she must drive out the enemy from that which the Lord is calling her into. In Numbers 33:55, God gave a clear directive to the people that, before they could enter the land He was giving them, they first needed to drive out the inhabitants before them. This was because the former who occupied the land were sinful in their ways, and God knew that if they remained there they would become as, “pricks in the eyes and thorns in the side . . . trouble in the land” (Numbers 33:55b). God, in His love, did not want His people to stumble, and in the same manner, He is calling us to remove all that keeps us from Him.

I believe we are entering into an entirely new season of unexplored inheritance. This new “land” God is giving us is filled with promises and hope for victory, but first we must rid our intended places of dwelling from all unrighteousness. It is imperative that we have nothing in common with the enemy before we step into our new. It is a time to closely align with the fear of the Lord and assume our positions in holiness, forsaking all other gods. The gods before you may be ones you have willingly entering into false covenants with, such as: dishonesty, fornication, drunkenness, or slander; or they may have slyly lured you into worship, by occupying places within your heart, mind, or motivations. What are the gods you’ve given yourself over to? Have you let money, title, pride, selfish ambitions, or any other god rule in the land the Lord has intended to give you? Or perhaps you’ve aligned with fear or doubt, letting emotions rule your free will and decisions? Whatever the case, God is calling us to judge “this house first” (1 Peter 4:17), after which we can then call others back into right relationship with God, stepping fully into our land of victory.

He’s calling us back to our royal priesthood to contend for people and nations to be saved. As in Hosea’s day, the Lord is not only beckoning a nation to repentance but also a people who will align with His will to release a message, a corporate call to repentance, for all those who have gone astray. He’s looking for the intercessors to birth righteousness back into the heart of the nations and for those with desperation to contend for a spotless Bride – one who is connected in intimacy to a covenant marked by miraculous new wine. In this exchange, the Lord is asking us to behold the new and release the former.

“Do not call to mind the former things, or ponder things of the past.  Behold, I will do something new, now it will spring forth; will you not be aware of it? I will even make a roadway in the wilderness, rivers in the desert.”  –Isaiah 43:18-19

I believe we are coming out of a season of renewed consecration, where trials and testing have refined us for greater glory. While God did not create the challenges that have pressed against you, He is using them to produce new wine within you. Just like all great heroes in the faith, God is working your season of challenge to stir hunger, so you can attach your faith to birth destiny in holiness. God used Hannah’s season of bareness to be the very trigger for desire, which would thereby birth a promise (Samuel), who would shift generations to follow in a priestly movement of prophetic and apostolic covenant. In the same way, God used an exodus through the wilderness to direct Moses and Israel out of sinful ways and into their promised land. Likewise, Elijah was called into drought, which activated his faith to confront the prophets of Baal, calling down fire and birthing rain that would release the judgements of God.

I believe the last several months have created “impregnations,” where the Spirit has called us into deeper relationship and has spoken desire back into our hearts to conceive destiny within. The process of waiting has been one of challenge and, for some, great turmoil, perhaps even unexpected harlotry. We have been put face-to-face with the enemies occupying our land, but now is our time to drive out all the inhabitants that have threatened our place of birthright.

In this time, the Lord is stirring within you a hunger so great that it will produce faith to move mountains. The desire that’s been weighing on you is the very foundation needed to cry out to Him. In this humbled cry, I believe we will create miraculous passages in unexpected places. Just as in Isaiah 43, your wilderness is producing a highway of holiness and your desert is forging a place for rivers to flow. Within you and within your places of influence, the Lord is activating the courage needed to prepare a land of great proportions. Press into the hunger and birth pains; they are the driving force to produce these God-centered promises. God is preparing you to occupy new territory with righteous tenacity – it’s your inheritance!

Birthing the promises of God takes prayer and perseverance. Here are several reflections and prayer points to help you co-labor with God to step into your inherited land of victory. THE BRIDE MAKES HERSELF READY  –  Book by Patricia King

In this profoundly insightful short book, Patricia shares insights from Scripture and Hebrew wedding traditions to help you understand Jesus’ all-consuming desire for His Beloved. And how, in your love for Him, you can prepare yourself to be His Spotless Bride! GOD OF THE IMPOSSIBLE – CD by Robert Hotchkin
As you listen to this teaching, you will come to understand that truly all things are possible with God – even the most seemingly improbable or impossible! There is no situation in your finances, your health, your relationships, or your calling that is too big, too difficult, or too delayed for God. He is well able to bring it all forth in impossible ways at impossible times because, truly, He is the God of the Impossible! REVIVALUTION – CD set by Robert Hotchkin
It’s time we take back our nations. And we can – through the power of prayer and intercession! God wants to use you to launch a spiritual revolution that will bring revival to the land. These four lessons will open your eyes to the power you have in Christ to win your nation back in the Spirit, and see it fully return to the Lord.