Calling for a Holy Revolution – by Patricia King 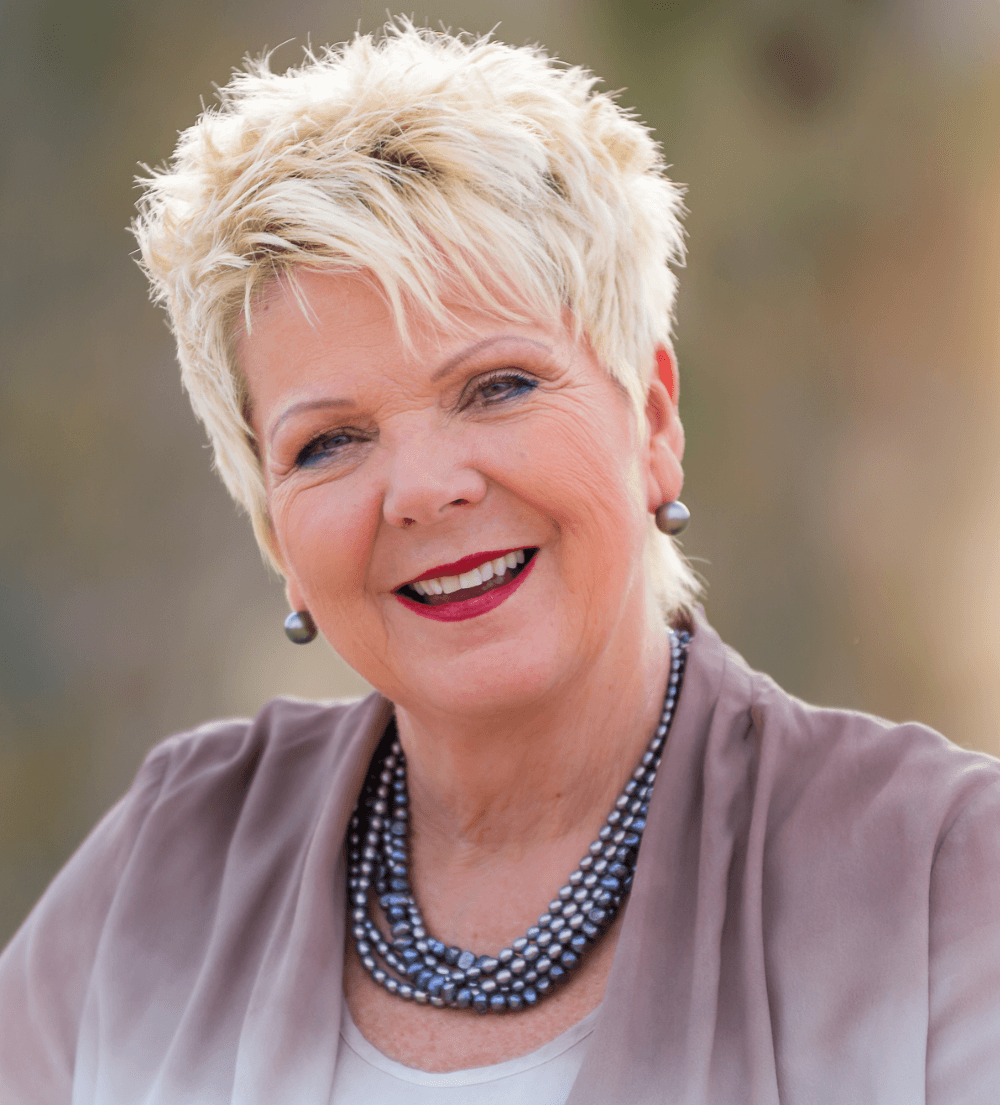 Patricia King is a respected apostolic minister of the gospel, successful business owner, and an inventive entrepreneur. She is an accomplished itinerant speaker, author, television host, media producer, and ministry network overseer who has given her life fully to Jesus Christ and to His Kingdom’s advancement in the earth. She is the founder of Patricia King Ministries and co-founder of XPmedia.com.

In this month’s devotional Patricia shares how God is calling forth a generation of “holy revolutionaries” – a company of radical believers who are fearless and unashamed of being set apart for God; those who will move against the grain in order to establish His ways, values, and morals.

Born in Canada in 1951, I was raised by both parents in a conservative, “non-church-going” family. Most Canadians in that generation believed they were Christians in that they respected Christian values and for certain, when asked to fill out a survey, if they were not a Buddhist, Moslem or Hindu, they would put a confident mark in the box next to Christian (the first option on the list). Canada, the United States and other western nations at the time were identified as “Christian Nations.” You would often hear comments such as, “Our neighbors are really good Christian people,” meaning that they had integrity, kindness, generosity, respect for the law, and upright morals. They might not have had one speck of personal faith, but they would be called “good Christian people.” Why? — Because their behaviors and ethics exemplified, Christ-like nature. Most of the population at that time would have agreed that the Bible’s standards of character were to be followed and celebrated. Sunday, in most families, was known as a day to honor God, and the real meaning of Christmas and Easter was well known in society and highlighted in public schools, shops, and social groups as well as churches.

In Christian tradition, beliefs are based on an Almighty God who is perfect in love, purity, justice, wisdom, and truth. He is good and hates evil and defines these attributes and the behaviors of His nature in His “Manual for Life” – the Holy Bible.

I was raised in a generation where, for the most part, godly family values and moral ethics were celebrated, but our “post-war parents” were looking to engage in freedoms they had not experienced during the Great Depression and the Second World War. More and more emphasis was given to pursuing personal dreams rather than protecting and nurturing the family, and at the same time, less and less emphasis was placed on a personal faith in Christ and obedience to His Word.

At one-time, the Bible was read regularly in homes and in schools, but in the 60’s a shift took place, and the Bible was no longer given its honorable place. By the 60’s, mothers were leaving the home to work in order to make extra family income; stores were open on Sundays, and God was put on the back shelf. A sexual revolution emerged in the 60’s and traditional family and marriage values were opposed. It became acceptable to engage in sex prior to marriage and to have multiple sexual partners. The spiritual revolution allured many at the same time and enticed many to leave traditional Christian beliefs and follow deceptive New Age and occultic teachings. Individuals lost their peace, so they turned to drugs and the drug revolution with marijuana and LSD enticed the younger generation. The door was opened to a banquet of recreational, mind-altering drugs in the coming decades. Within the next 25 years, everything escalated and a new acceptance of family, sexual, spiritual, and moral values gradually moved society far from the plumbline of God’s nature and Word.

Over sixty years have now passed since the revolutionary shifts in the 1960’s and we are in a spiritual crisis that is manifesting in escalated lawlessness, corruption, immorality, hatred, dishonor, perversion, murder of the unborn at any stage of pregnancy or delivery, organ trafficking, etc. A new code of enforced morals is not going to fix the issue. New laws or government reform will not bring the peace or the alignment needed. We must have a massive dose of “Raw God” to bring an internal conviction to those under the veil of deception. We must have a Holy Revolution that will invade and dispel the darkness!

In the Welsh Revival in 1904/1905, the nation was transformed because the conviction of the Holy Spirit fell on the masses. When they received His visitation, the wayward were transformed. The most corrupt and lawless sinners returned to God and their lives came into divine order and wholeness. A young man, named Evan Roberts, had a passion to see his nation turn to the Lord and as a result gave himself to relentless and enduring prayer for over eleven years prior to the Holy Spirit’s outpouring. Many of his generation met for prayer on a continual basis and cried out to God. The revolt against the corrupt, lawless, immoral, Godless behavior, and spiritual apathy in the day, was contended for in the prayer closet and God rewarded them openly. When the Spirit came in power, everything changed.[1] A holy revolution manifested.

In the First and Second Great Awakenings, we see shifts that aligned not only the church, but also society to sincere faith, Godly morals, and societal justice. Charles Finney was only 29 years old[2] when awakening came to his own life and then spread rapidly to the masses. Jonathan Edwards was only 38 years old when he delivered the famous sermon, “Sinners in the Hands of an Angry God,”[3] which was used as a catalyst for the First Great Awakening. George Whitfield was only 26 years of age when he led revival meetings in America spreading the Awakening[4].

A “Holy Revolution” is not an event although the coming revolution will be recorded in history. Holy Revolution is knowing the ONE who IS HOLY, partaking of and manifesting His nature, speaking His Word, and living in holy union with Him. This was the result of past awakenings and this will be the fruit of the coming move as well. God is not interested in an outward form of godliness but is longing for the manifestation of His holy nature through His own.

God is calling forth a generation of “holy revolutionaries” whom He will empower as He did young Jeremiah:

See, I have this day set you over the nations and over the kingdoms, to root out and to pull down, To destroy and to throw down, To build and to plant.” (Jeremiah 1:10 NKJV)

I hear a sound in the spirit. It is the sound of holy revolutionaries arising – a company of radical believers who are fearless and unashamed of being set apart for God; those who will move against the grain in order to establish His ways, values, and morals.

Are YOU in that number? He is calling you… today. What is your response?

Father God, in the name and power of Jesus Christ, I dedicate myself fully to You. I repent of things that are contrary to Your Word and sinful in your sight. I ask for Your anointing and grace to represent You as a Holy Revolutionary in this hour. AMEN.

Are you ready for a revolution? For years, the Church has taught holiness as renunciation instead of relationship: listing things that good Christians must give up, rather than all that we gain by choosing Jesus.
Author, artist, and podcaster, Jamie Lyn Wallnau tackles the topic of holiness for her fellow millennials. She makes the bold claim that a life set apart is the only path to true, abiding fulfilment. Jamie Lyn teaches that the Jesus-devoted life treasures Him as the greatest good, and pursues Him above all else.

Written from a heart abandoned to God, Holy Revolution teaches readers to: Spiritual Revolution contains stories, insights, and practical suggestions about how you can aggressively choose to live in the supernatural power of God. In this powerful book filled with facts and personal experiences, you will clearly discover the difference between:

Churchianity & Christianity – Godly power & satanic control – Fact & truth – Supernatural visitations & occult experiences – Christians no longer need to sit idly by while the world is bombarded with new age practices, witchcraft, and satanism – No matter who you are or where you live, you play a vital role in establishing God’s plan for the earth – Join the Spiritual Revolution!

Author, teacher, and prophet, Patricia King, sounds the alarm for believers to entertain angelic creatures and slay the dragons. She leads you into the spiritual dimension where you will discover the glorious “Third Heaven” through the power of the Holy Spirit. Enlist in the Spiritual Revolution and you will be transformed into a powerful witness throughout an eternal lifetime.